I thought that I would run some trains last Monday. I started with the V-set. It derailed on the curve on the lower incline. The track needed propping up on one side. By Tuesday it was working. I ran the HUB set. The 44 class which needs new gears (I have some replacement wheel sets but I think I will need some more gears. Let me know if you know where to get some.) keeps coming off on one spot. I propped it up and reduced the incidents by 50%. I later found out that the leading axel doesn't roll straight. The latter fix caused every car on the HUB set to come off.

It had all worked perfectly before! There was more surgery to the track and to the HUB set. There was no flexibility with the bogies rolling up and down. A couple of cars that I have had no problems with were now causing me issues int he weirdest spots.

It was frustrating but it was all fixed on Wednesday and the HUB set ran behind an 85 class that I have out for a freight train. I have and Auscisions B class with has no tolerance for dodgy track. It ran through the problem section with ease. I reckon the problem is solved.

On Saturday I figured the best thing to do would be to put the platforms at Bega together so that I could start cutting the turntable hole.

Normally I put the timber down and cover the whole lot with a cardboard/paper top, leaving no screws. Not this time, the screws are visible. I just have to cover them up. Here are some images. The stuff is not permanent and I've already put them away. This station is down the front and will be one of the last things finished but I need the platforms done to cut the right size timber to hold up the upper baseboard top. 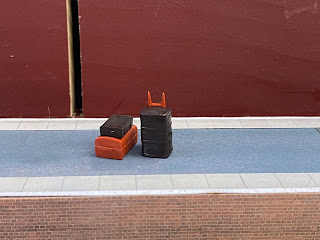 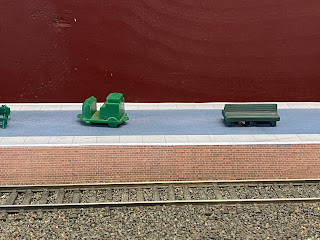 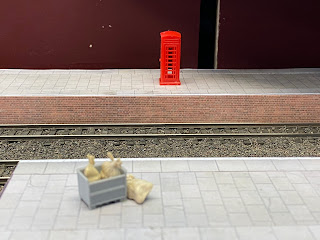