Control for the trains is from a Digitrax Zephyr. When I started my old layout, I needed to buy a control system. I had a couple of locos on order that had sound chips factory fitted. It was the best that I could afford at the time and with a capacity to run up to ten trains at once, it was more than I would need. It’s a great little unit but with the number of passenger cars with lights in them it does lack some grunt. Some locos were not working well. Fortunately, it is possible to switch some of the lights off and this seems to have solved the problem for a while.


The reason for using Digitrax was fairly simple. I’m a member of the Gosford City Model Railroad Club on the Central Coast and they use Digitrax. Members had built up a depth of knowledge using this brand. They had also produced their own hand held throttles, designed by someone else and capable of having locos despatched to the limited function throttles.


On my last layout, I followed some advice. This was to produce the track plan for the control panel of paper, laminate it and glue it onto a suitable board. In doing this it should be easier to change the design. On my old layout, I did this once but in doing so I replaced the 3mm ply which I was using for some plastic that I had rescued from the skip bin as it looked like thick styrene.


The circuit diagram was devised by a fellow club member and drawn on a piece of paper in a way in which I could read it. I am not brilliant with circuit diagrams beyond a simple circuit.


I had saved the old board intact and had made a few notes. Before I started, I needed more switches. I use triple pole double throw switches. Two poles power the Peco point motors and the other pole powers the LEDs that indicate the direction of the point. Each point motor has its own capacitor to avoid it burning out. The LEDs not only light up in the direction of the points but also the points that have been set beyond them to light up the route.


After starting, I found that I was short on green LEDs I had enough for the station area but not the staging yards as well. However, I had a deadline to meet. I had some people coming around from another club in Hornsby Heights to look at and run the layout. When I made the offer six weeks earlier, I was sure that I would have had the panel wired up and looking good. With a week to go I got to work, regardless of the lack of LEDs. At least the switches will show the direction of the points.
In the staging yard, I mounted the point motors above the board. It is easier. I also used the Peco side mounted motors where there was lack of space for the regular Peco motors. I must admit that they were simple to install. Where needed, I moved furniture and mounted others under the layout. There was one motor which I couldn’t use either style of motor conventionally. I mounted the motor above the baseboard and had cut a trough in the vinyl underlay and used a piece of brass rod and a plastic tube to run it underneath another set of points.


I had allowed myself a week, from start to finish, to complete this task, however, I started on a Tuesday for a Saturday afternoon deadline. I didn’t think it was a problem. A long story short... I finished at 1:30am on Saturday morning. Over fifty points all working on a 90cm board and the LEDs on the station panel were showing the route well. There is some confusion with the double slip which is shown on the panel using two switches with red toggles. That’s a task for another day. 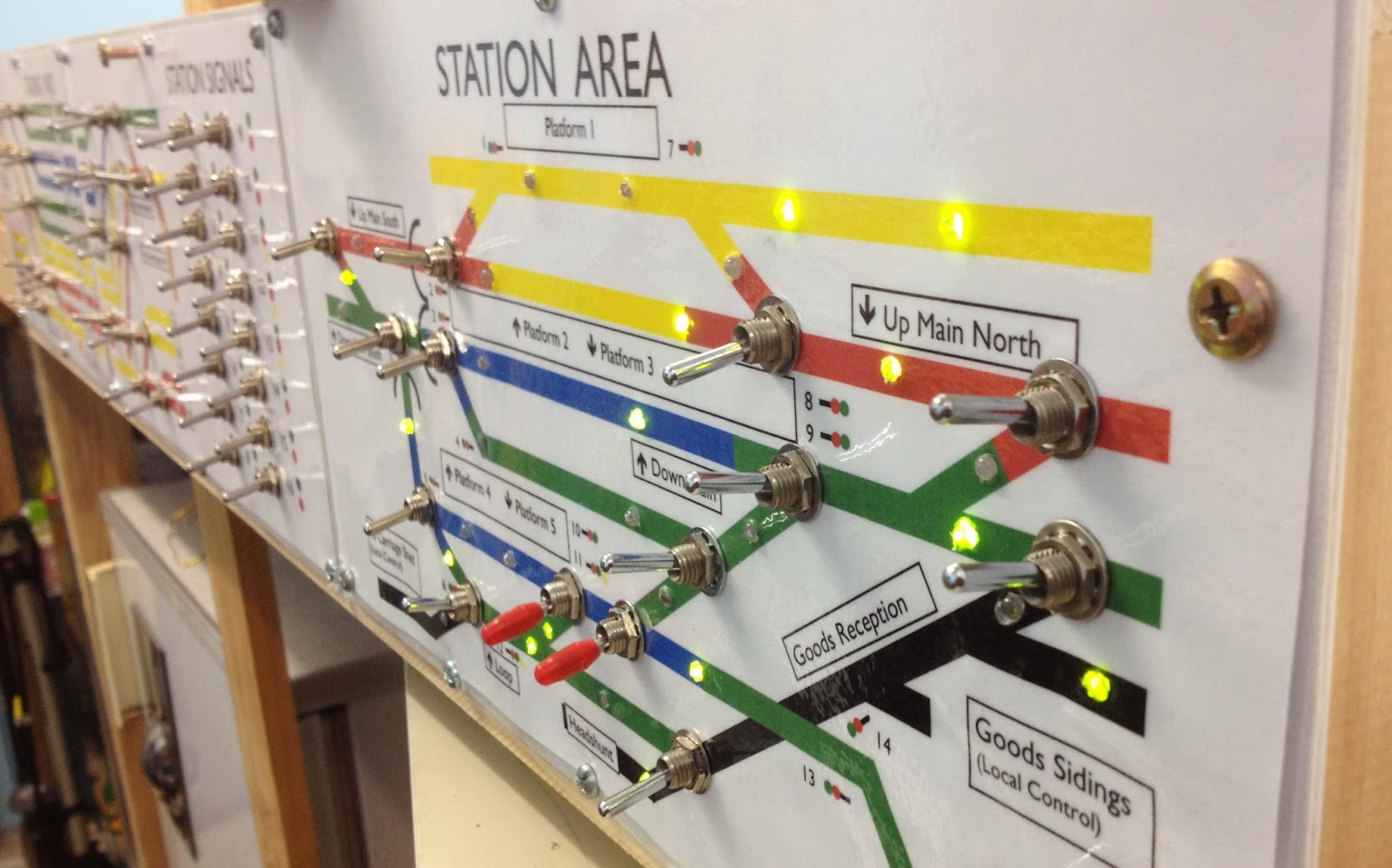 The Panel completed and ready for visitors.
The LEDs for the staging yard have now turned up so they will be put in over the next couple of weeks.


The next job will be to start on the scenery and develop a sequence for operating.


During the week we had a railmotor from the Rail Motor Society drift through our local station as well as a couple of other trains. 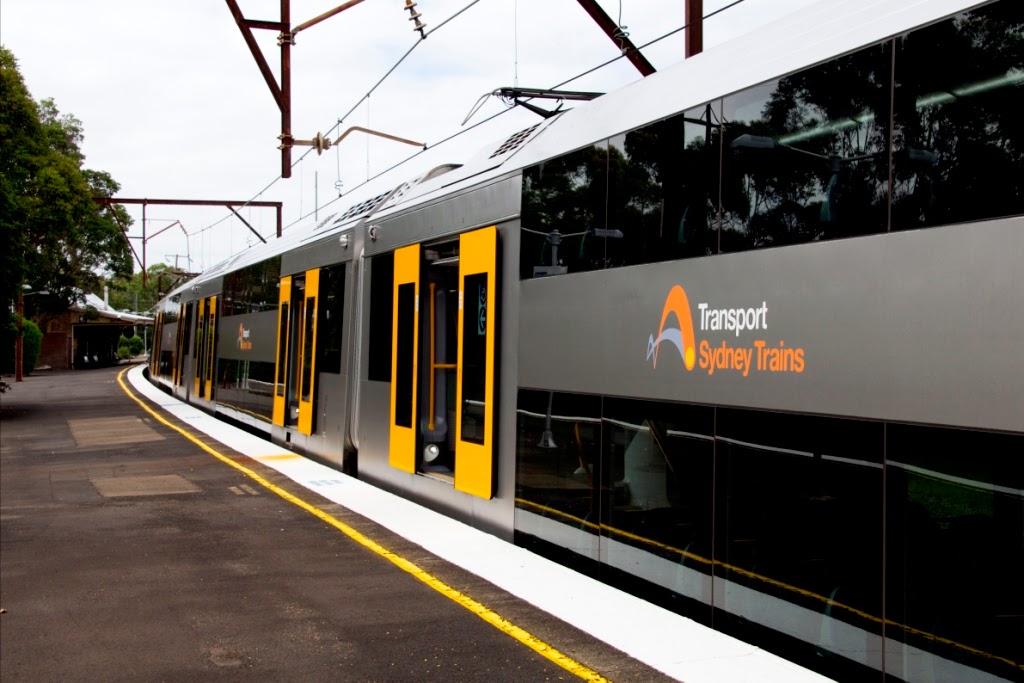 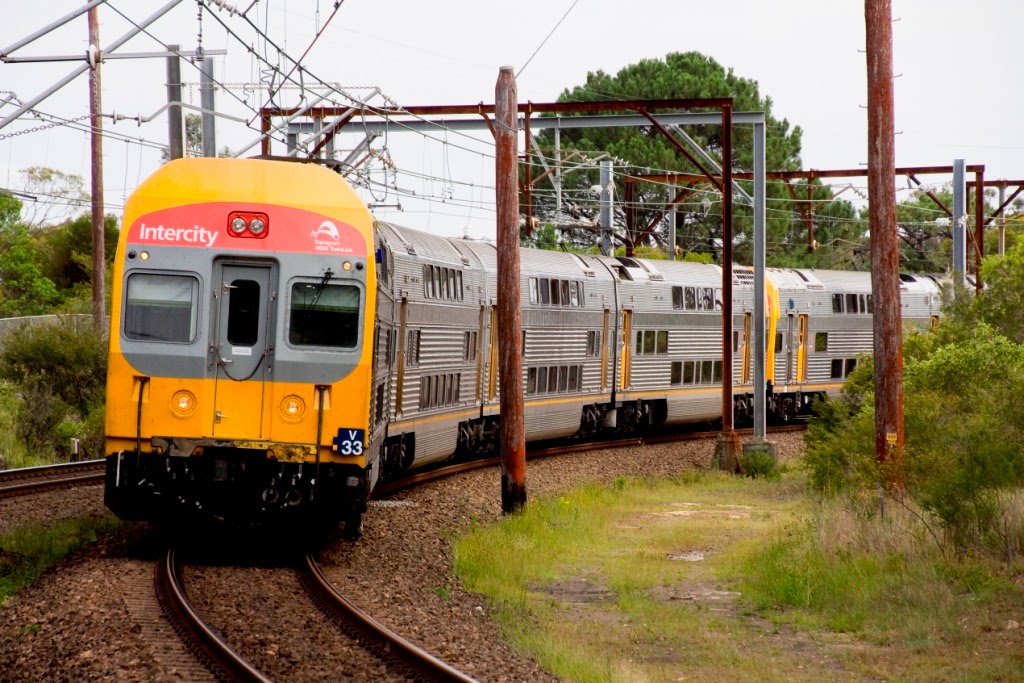 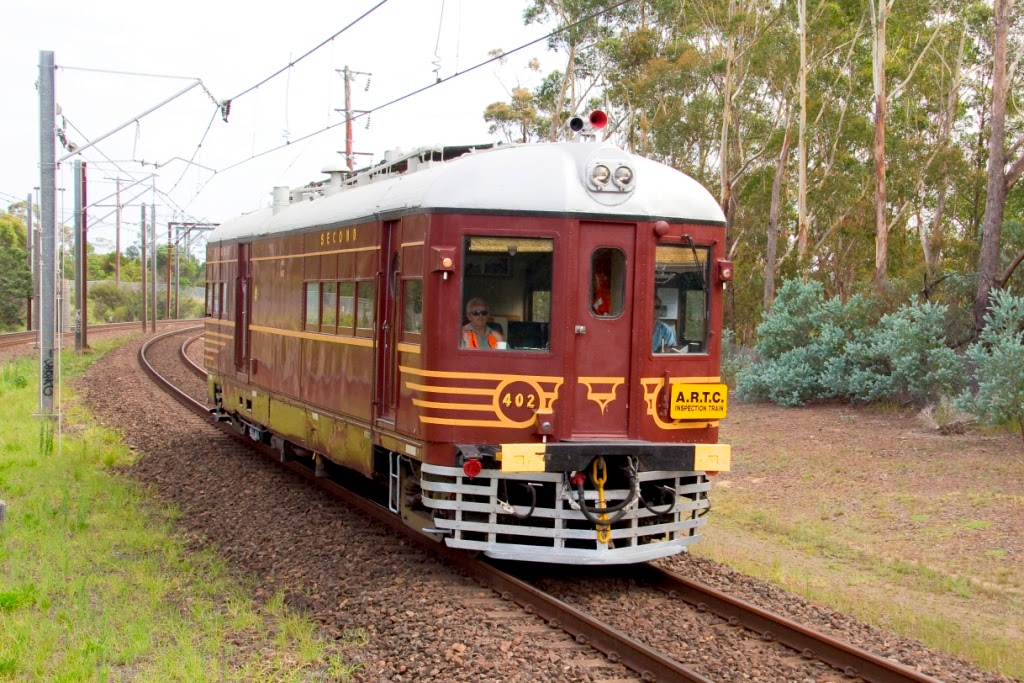