Summer holidays are a great time for modelling. The track has been down for a while and trains have been running. It’s time to get a little more serious about the scenery.

My idea is to start at one corner and work my way around the layout. The far left hand corner was the place to start. The plan was to make this area a botanical gardens or park. The park would be hosting sculpture display, a bit like Sculpture by the Sea. Up the back of the scene would be a mound with standing stones with druids. It may not be very Australian but I like standing stones and I have already messed about with historical reality in previous posts anyway. In July, I acquired a Faller kit of the Zeiss Planetarium in Jena, Germany, at a discounted price. It would look good in the corner.

Originally I thought that this corner of the layout would not be seen but after squeezing seven blokes into the shed one night for a running session, I would need to move an operator into the access hole near the park scene. This meant that this scene would need to be fairly decent. I also wanted the scene to be lit for night running, or night photography at least. 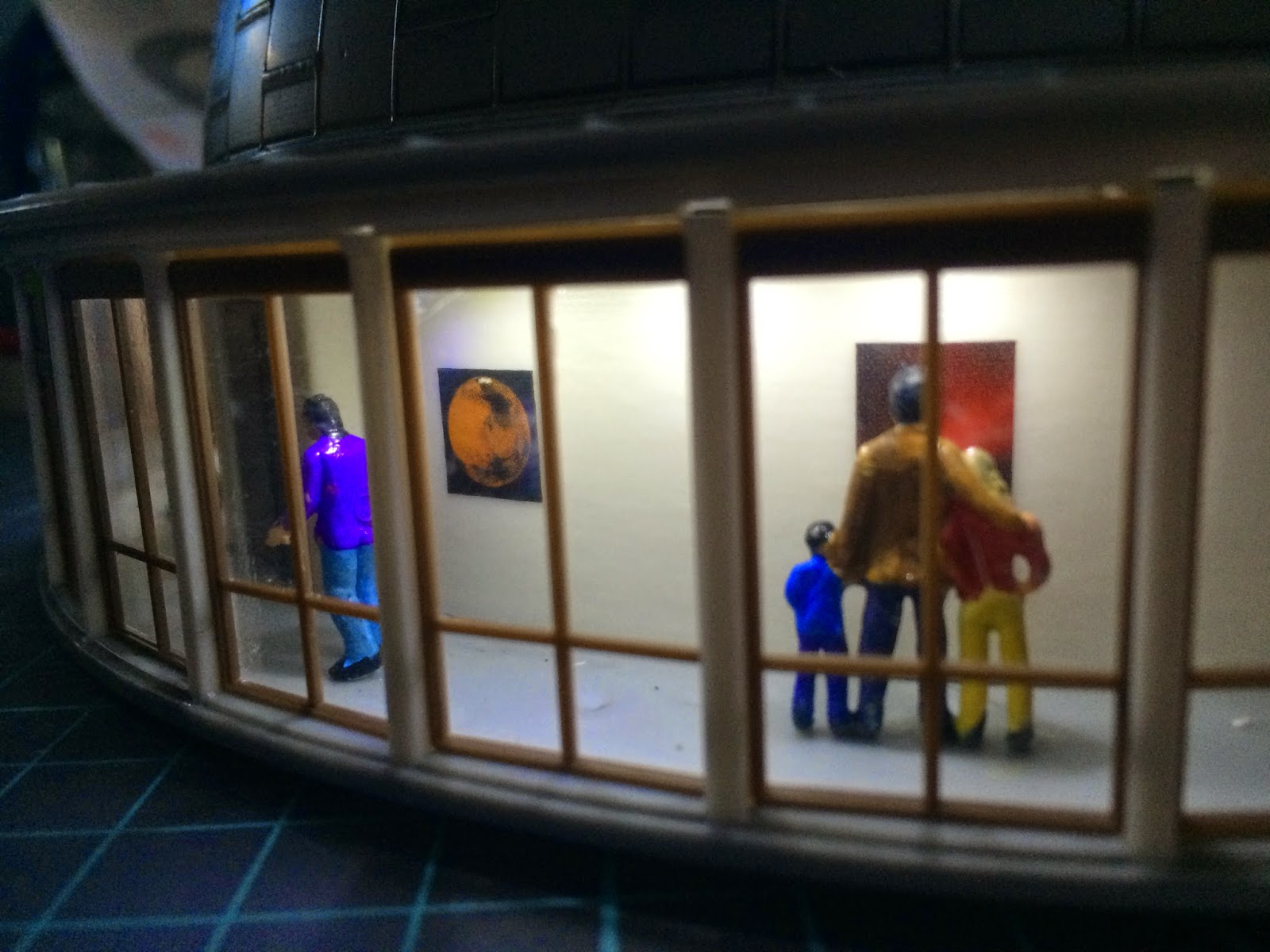 Strip LEDs (the type that you cut into strips of threes) were used to light the outside corridors of the planetarium.

The area of the park was built up using polystyrene foam. The footpath was built up using foam core board overlaid with Scalescenes pavement. The walls are picture mounting board covered with Scalescenes stone prints. The road is Scalescenes tarmac. The standing stones were picked up from a gravel path and the druids are Prieser monks painted white (and given more hair.) The fire in the middle of the stones is from a LED tea light candle. The flame cover is still in place for now and I will need to add some sticks.

The scene is yet to be finished. It needs a bit more tweaking and some trees, which I have yet to make.