Some Things Take a While

Today I picked up my second Trainorama 48 class loco, close to eight years after the order was placed.
More importantly, I finally put numbers on my ballast hoppers. I bought a rake AR Kits BBW ballast hoppers when they were released sometime last century. I put them together quickly and painted them but for some reason I put numbers on all but three of them. I have no idea why the whole rake wasn't completed. The rest were weathered after numbering.
After fitting a chip into the 48, I put numbers on the ballast hopper, however, they still need a bit of grime added to them. 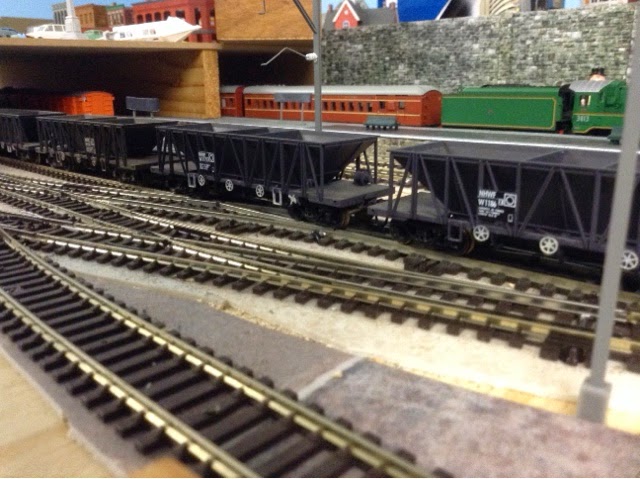 They also need a load of ballast to put on the tracks.
I've also added another double slip between the station and the goods sidings. There was a crossing originally but this restricted access to the yard. Trains leaving or entering the yard (where the loco is in the picture below) could travel via the loop only. I thought that it would be operationally interesting which it was but it soon became to much of a challenge. At the time, I also didn't have two double slips. 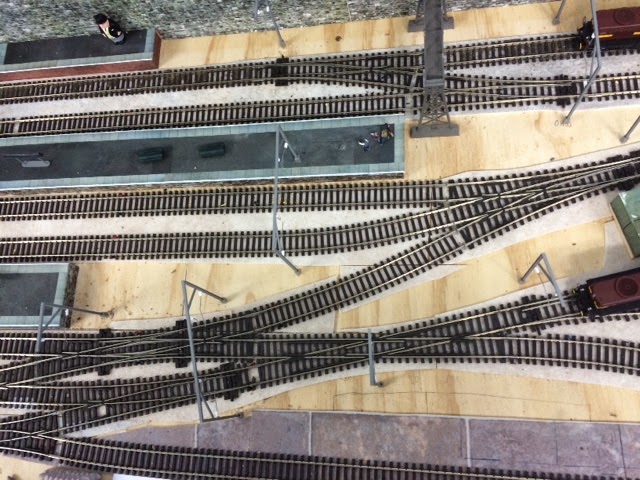 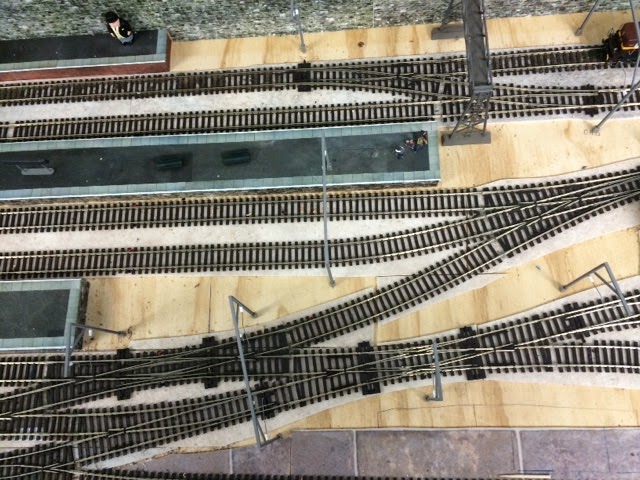 I took the opportunity to replace the medium right hand point as the old one was originally a second hand point which had some wear and tear and was causing some shunting difficulties with one of my locos.
Now trains leaving the yard can run through the station using either the loop or platform five.
Another job that has taken a while has been constructing the carriage shed. I'm building the shed from foam core board. The shed is half built for the moment but in place. Even in its half built state it protects the carriages within it. I reckon that a shell of thin cardboard and brick paper should finish the job.
It could be a while yet before this job is complete to but in the meantime the car park behind the shed is done. 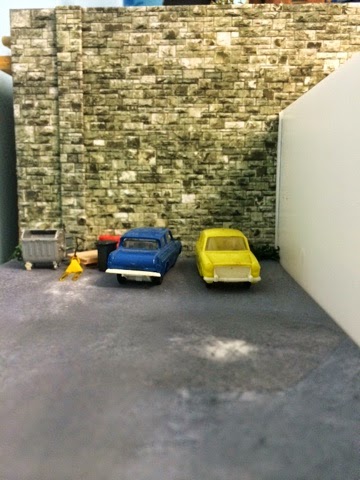